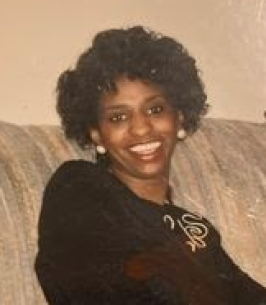 Saralene D. Baldwin, age 59, of New London, entered eternal rest on Monday, December 20, 2021. She was born in Norman, North Carolina, where she lived during most of her childhood. She then moved with her mother, Ella Page Baldwin, to New Haven, Connecticut, where she graduated Hamden High School.

Saralene was a Certified Nursing Assistant for many years. Eventually she moved forward, becoming a RN after attending college. Later in life, she decided to go back to school in order to follow her passion of cooking and became a chef. After graduating she worked as a chef at the Norwich State Hospital and as a cook at the Homeless Hospitality Center on Jay Street in New London for many years.

She also leaves behind 17 grandchildren to whom she loved dearly, her aunts Shebby Baldwin and Jackie Donnell of Greensboro, NC, her father, John L. Mclendon and his wife Pecolia, her baby sister Ladi Cloud, the residents of Eagle Springs North Carolina, her best friends Carlet Denby, Clementine Johnson, and so many more family and friends that she loved and who loved her back.

This obituary is protected by copyright by New London. Proudly Serving the Community of New London. New London is located in the state of Connecticut, United States.